If you’re a chaturbate model the algorithm is very important as you will definitely want to be on the homepage. The Featured list is where most users begin their search. This means it’s incredibly important for you to get on this list. This is not chosen by any human, as you probably know. It’s a computer algorithm (math’s) that chooses what appears on featured and how high up the list.

What the Chaturbate Algorithm looks for

A lot of people seem to think that the Chaturbate Algorithm is based solely on how many viewers are in the room. However Chaturbate’s Algorithm has gone pretty much unchanged since the site went online in 2011. This means that it harks back to the sites origins and this is important for you to understand.

What this means for you

A simple way to ensure that your users have tokens in your chat room is to start small. Offer something that you will do or say for 1-5 tokens, that way they are likely to top up their account. The smaller the amount the higher your conversion rate will be.

A simple way to enhance engagement is to employ the use of Lovense. You’ll see a lot of chat rooms where this causes a stream of 1 token donations. Look at the top featured rooms, watch the 1 token tips fly in, 99% of these are using a Lovense device.

Another great way to convert your followers is to get them onto a subscription. Get them onto a $10 or $20 a month subscription which gives them access to some exclusive content. This means that not only are you getting sustained monthly income, you’re also ensuring more people have tokens when they view your feed.

Any more tips? Pop them in the comments.

An Entrepreneur with over 15 years experience in building online based businesses as well as a background in cloud software and angel investment. Check out https://nztfortyeight.com for more
View All Posts

My experience making a passive income from adult websites: A Lockdown Proof Income

How to Make Money from Online Dating

Start Your Own Cam Site Now 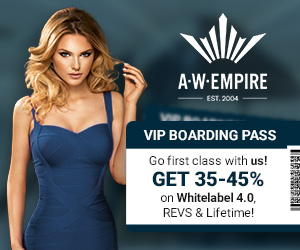